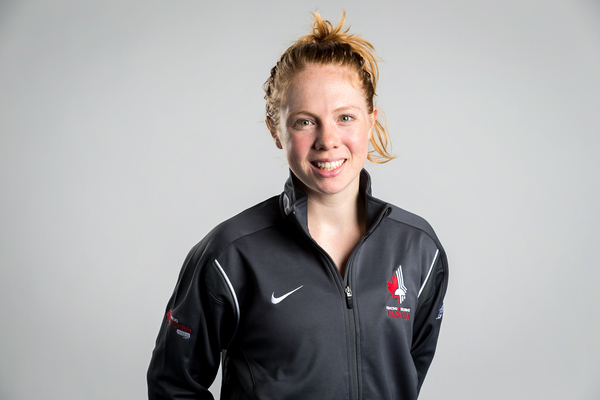 Graduated from Carleton University with a degree in political science. Goes by the nickname Smelleigh Lion. Enjoys spending time with friends, playing soccer, reading in the sun and skiing. Likes the movie Green Mile and enjoys shows such as Grey’s Anatomy, The Walking Dead, Friends, and True Blood. Role model is Sherraine Schalm, and her pre-competition ritual includes “planning my day from when I wake up until when the first match begins. I like to eat oatmeal before competition. I like to arrive at the venue almost 2 hours before we start so I can get a long warm-up in.” Career highlights include several national championship in 2007, Ontario provincial champion in 2010, 2nd in team foil at the 2010 Pan Am Championships, three silver medals between the 2014 and 2015 Pan Am Championships, winning the 2014 Iceland Satellite, and a gold medal at the 2015 Pan Am Games in team foil.